It’s the most colorful time of the year

June has come, and apart from celebrating the beginning of summer that we have been craving for so long, as well as the June Solstice (or the longest day of the year), we also celebrate “Pride Month”. But, as a Pride supporter myself, I have wondered countless times what exactly it is that we are commemorating every year in the month of June. What is “Pride Month”, how did it come up, why June and, another question that has been baffling many people, why is there an LGBTQ+ pride and not a straight pride? Together, we are going to seek answers to all those questions and get a little more information on the events that played an important role in the history of the LGBTQ+ community.

It is June 27th, 1969. You are out drinking, it is a fun night with your partner at Stonewall Inn, located at 51 and 53 Christopher Street in New York City. Stonewall is known as “the gay bar in the city”. Homosexual acts still remain illegal in every state except Illinois, and bars and restaurants can get shut down for having gay employees or serving gay patrons. Most gay bars and clubs in New York (including the Stonewall) are operated by the Mafia, who pay corrupt police officers to look the other way and blackmail wealthy gay patrons by threatening to “out” them. Being homosexual in this period is a struggle, and you and your partner know it better than anyone, trying to hide from the forces every time you went out together. But Stonewall and such gay bars offered a sense of comfort, a sense of security as if everything that was happening was finally normal and not discriminated against.

Police raids on gay bars are frequent, occurring on average once a month for each bar. During a typical raid, the lights are turned on and customers are lined up and have their identification cards checked. Those without identification or dressed in full drag are arrested; others are allowed to leave. Some men, including those in drag, use their draft cards as identification. Women are required to wear three pieces of feminine clothing and will be arrested if found not wearing them. Such a raid happened just last Tuesday evening, with the preface of the bar operating without a proper liquor licence, so everyone is prepared for another one, with the bar management usually knowing about raids beforehand due to police tip-offs. However, this time it is different.

Stonewall is packed full around you and everyone is having a great time drinking and chatting. Just after midnight, eight plain-clothes or undercover police officers (six men and two women) enter the bar and begin the line-up and identification process. More NYPD officers arrive soon on foot and in three patrol cars. Meanwhile, bar patrons who have been released join the crowds of onlookers that are forming outside the Stonewall. A police van arrives, and the police begin loading Stonewall employees and cross-dressers inside.

Suddenly, chaos erupts around you. You hear people yelling “Pigs!” and “Copper!” and throwing pennies at the officers. You turn to ask your partner what happened, and he has already been informed of the situation by other bystanders. Apparently, police roughed up a woman dressed in masculine attire (some believe the woman was lesbian activist Stormé DeLarverie) who had complained that her handcuffs were too tight. The crowd is now throwing bottles at the police and even slashing the tires of the police vehicles.

It is now almost 4 a.m. The police van and squad cars have left to drop the prisoners at the nearby Sixth Precinct, and the NYPD raiding team that is left behind at Stonewall is forced to retreat into the bar and barricade themselves. Tears are streaming down your face, seeing your favourite local bar, the only safe place in your life, being raided once more and destroyed. Some rioters use a parking meter as a battering ram to break through the door; others throw beer bottles, rubbish and other objects, or make impromptu firebombs with bottles, matches and lighter fluid. The feelings of rage and injustice are what motivate the crowd around you and holding your partner’s hand, you join them in their mission. Sirens are heard in the distance, signalling the arrival of more police officers, but the protesters manage to outsmart them and circle around them. It is now a little after 4 a.m., and things are starting to die down. Thankfully, no one died or was critically injured, apart from some officers that are now being safely transported elsewhere.

The next day, Stonewall Inn is open again, despite last night’s events, but no alcohol was served that night. More and more supporters show up as the evening progresses, chanting slogans like “gay power” and “we shall overcome.” Again the police are called out to restore order, including an even larger group of TPF officers, who beat and tear-gas members of the crowd. This continues until the early hours of the morning, when the crowd disperses. Over the next several nights, gay activists continue to gather near the Stonewall, taking advantage of the moment to spread information and build the community that would fuel the growth of the gay rights movement. Though police officers also return, the mood is less confrontational, with isolated skirmishes replacing the large-scale riots of the weekend.

When did you ever see a fag fight back?… Now, times were a-changin’. Tuesday night was the last night for bullshit… Predominantly, the theme [w]as, “this shit has got to stop!”

With Stonewall, the spirit of ‘60s rebellion spread to LGBT people in New York and beyond, who for the first time found themselves part of a community. Though the gay rights movement didn’t begin at Stonewall, the uprising did mark a turning point. A year later, on the first anniversary of the police raid on the Stonewall Inn, gay activists in New York organized the Christopher Street Liberation March to cap off the city’s first Gay Pride Week. As several hundred people began marching up 6th Avenue toward Central Park, supporters from the crowd joined them. The procession eventually stretched some 15 city blocks, encompassing thousands of people. Inspired by New York’s example, activists in other cities, including Los Angeles, San Francisco, Boston and Chicago, organized gay pride celebrations that same year. The frenzy of activism born on that first night at Stonewall would eventually fuel gay rights movements in Canada, Britain, France, Germany, Australia and New Zealand, among other countries, becoming a lasting force that would carry on for the next half-century—and beyond.

In 1978 what is perhaps the most recognized symbol of Gay Pride made its debut at the San Francisco event: the rainbow flag. The flag, with its eight colours (sexuality symbolized by hot pink, life by red, healing by orange, the Sun by yellow, nature by green, art by blue, harmony by indigo, and spirit by violet), was designed by San Francisco artist Gilbert Baker and has been adopted worldwide. The following year a six-colour flag, which is in common use today, appeared (with red, orange, yellow, green, blue [harmony replaced art as symbolized by blue in the flag], and purple/violet), partially because of the unavailability of some fabric colours.

So, at this point, I would say we have a pretty clear view of what happened that sparked “Pride Month”, particularly in June, as well as information about the events that took place in the early morning of the 28th of June 1969. However, a question remains lingering: why do we have an LGBTQ+ Pride and not a straight pride?

The simplest expression to help illustrate the continuing need for these days and months (other than “every day is men’s day” or “white history is celebrated every month” or “straight pride is every day”) is that the squeaky wheel gets the grease. Never has a person lost their job for being white or straight in North America, or been denied a flat for being white and straight, or been leered at or attacked by strangers for simply holding hands with their significant others. There is a level of social and systemic privilege not afforded to many members of the LGBTQ community in North America, and certainly in many countries around the world.

So when straight people ask why there is a need for gay pride or wonder why there are no straight pride celebrations, it feels a lot like they are saying contributions by LGBTQ people — a minority group that faces constant adversity — are simply not worthy of recognition. Further, they are denying the importance and significance of identifying as LGBTQ and achieving things — surviving, even — when the odds are stacked against you. The resilience of the LGBTQ community alone is worthy of celebration.

Erasmus is truly an opportunity to make memories, meet new people and get introduced to different cultures. I was lucky to have made so many friends from all over the world, from the hot regions of Peru and Ecuador to multicultural Japan and South Korea. One of the...

END_OF_DOCUMENT_TOKEN_TO_BE_REPLACED 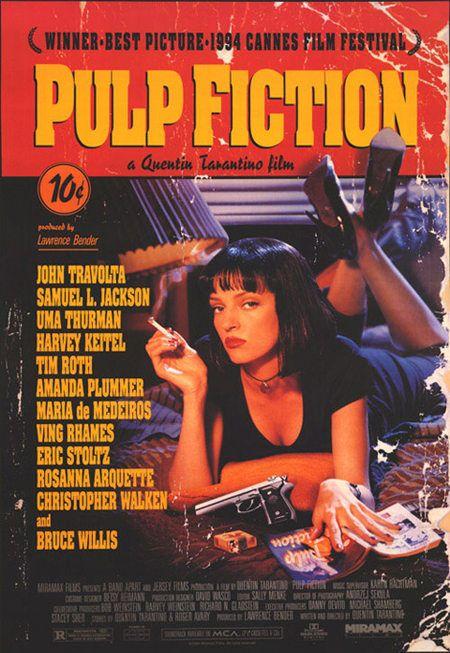 Written and Directed by Quentin Tarantino

No, this article was neither written nor directed by Quentin Tarantino. But this title suits the article well, because today we’re going to talk about one of the greatest American filmmakers and recommend a few of his movies. Quentin Tarantino started becoming popular...

END_OF_DOCUMENT_TOKEN_TO_BE_REPLACED

Oh my country, who sings now of your woe: from Afghanistan to 2021 Greece

Without shelter I am wandering about From home to home I am wandering Without you I am always wandering with woe Around the crowd  You are my only love, My whole existence Without you, meaningless is my poetry and song Oh my country, Exhausted from the constant chase...

Erasmus is truly an opportunity to make memories, meet new people and get introduced to different cultures. I was lucky to have made so many friends from all over the world, from the hot regions of Peru and Ecuador to multicultural Japan and South Korea. One of the...

END_OF_DOCUMENT_TOKEN_TO_BE_REPLACED

Written and Directed by Quentin Tarantino

No, this article was neither written nor directed by Quentin Tarantino. But this title suits the article well, because today we’re going to talk about one of the greatest American filmmakers and recommend a few of his movies. Quentin Tarantino started becoming popular...